Relax with the great new Musicals in Paris 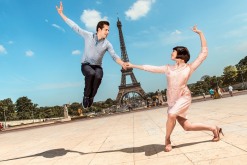 If you like musicals, then you’ll enjoy what Paris has to offer. After a long day of exploring the city or working, there’s no better way to relax than with the fun, spectacle and entertainment that a good musical can provide. The closing months of 2014 bring a wide selection of musical theatre for your delectation, so allow the Hotel Eden to make some helpful recommendations regarding what we think will be the cream of the crop.

Three Musicals to enjoy when You’re in Paris

Love Circus is a musical comedy at the famed Folies Bergere from October 28th. The tongue in cheek title will give you a clue as to the fun kind of show this is. It presents the tale of two sisters who stage a circus revue. Success brings its own rewards and yet their lives are lacking in a certain something until a family surprise makes a major impact on their lives. Cabaret and the circus are blended in this flamboyant and acrobatic tale.

Soy de Cuba has been making waves across France since 2012. Irresistible, sexy, dynamic and vibrant, it is a show that is ready to take on the world. Young and beautiful Ayala dreams of becoming a professional dancer. Her opportunity comes when she gets a job working behind the bar of the legendary Soy de Cuba club. Things get very interesting when Lola the dance company diva and the choreographer, Mario, become involved.

The timeless music of George Gershwin is the driving force behind An American in Paris, at the Théâtre du Châtelet from November 22nd to January 4th. The classic movie musical reaches the stage and proves to be well worth waiting for. The tale of an ex GI who wants to be a painter and the French girl he falls for is an enchanting one, made all the more so by a fabulous company who sing and dance their hearts out.

The Nautic Show; The essential event for Boating Enthusiasts

Boats and water sports are the focus of the Salon Nautique International de Paris, one of the leading trade shows of its kind in the world. Taking place at the Porte de Versailles exhibition centre from December 6th to 14th, this huge event fills a number of pavilions and provides a look at all the latest developments both on and under the water. Some 700 boats will be featured, including some new product premieres from world leading manufacturers, plus a comprehensive selection of equipment. Sailing boats, motor boats, canoes/kayaks, funboards, windsurfing, diving equipment, boat tourism, boat rentals, accessories and more are covered.