Lace up your running shoes this autumn! 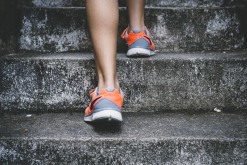 The start of autumn heralds the return of a couple of exciting sporting events to Paris. La Parisienne, a 6.7 km race for female competitors only, will take place in the heart of the capital on September 8th. Then, on September 29th, some 25,000 runners will line up for the start of the 16 km Paris-Versailles Race.

La Parisienne; 6.7 km of pure pleasure in the heart of Paris

You don’t need to be super-fit to participate in La Parisienne. First held in 1997, this race in aid of charity has become hugely popular thanks to its picturesque route and undemanding distance. Runners participate solo, with friends or family. Previous years have seen mother/daughter/grandmother combinations taking part, as well as groups of employees sponsored by their company.

The route through the heart of the capital starts at the foot of the Eiffel Tower, passes the Palais de Tokyo, continues on the Champs-Elysées and goes within close proximity of several more iconic Parisian landmarks. It then heads along the Left Bank of the Seine to culminate in a triumphal arrival on the Champ de Mars.

The atmosphere promises to be festive thanks to the presence of musicians and refreshment stands... In 2018 the theme of Europe’s biggest women-only race was New York City, but this 23rd edition of La Parisienne crosses the American continent to the Far West!

Middle-distance road running fans, note the September 29th, 2019 date to make sure you don’t miss this essential Ile-de-France sporting event. The 42nd edition of the Paris-Versailles Race will, as usual, follow an unusual and challenging route. It starts at the Eiffel Tower, passes through several districts, ends 16 km away in front of the Palace of Versailles, and is mostly uphill, finishing a hundred metres higher than it begins!

This superb course will, as usual, host no fewer than 25,000 runners along with the many supporters who come to cheer them on.

Hotel Eden, a 4-star hotel at the heart of Paris 15th